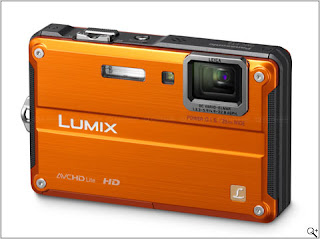 I got suckered today at the camera repair shop. I took in two cameras that I thought needed help, and walked out with three.
First was my Nikon D60 which was refusing to keep its SD in the slot. And second was my Cisco Flip HD which was refusing to turn on (and no it was not its batteries being dead). The good news was that the Nikon was not the issue it was the SD card had broken – silly me for not trying another SD I guess. Any way $40 later I had two new 4GB SD cards.
Next came the Flip, bad news it is dead very dead, and being out of warranty its not worth the money to have it repaired. I spent some time talking to the shop assistant who was very knowledgable and talked me into a camera that a few of my kayaking friends now own.
The Panasonic Lumix DMC-TS2 waterproof, drop proof and freeze proof. Capable of very nice high res still photographs thanks to its excellent Leica lens, and high definition video. The 4GB SD is capable of about 30 minutes of HD video more than enough for the kind of filming I like to do afloat.
The camera will get its first try tomorrow, we are going to take the double out and paddle around the lake to take pictures of the fall foliage.