Why a shoulder-less Greenland Paddle?

Until earlier this year I have been religiously paddling with my 86b Novorca carbon fiber paddle. I recently placed an order with Ron at Novorca for a new paddle. I don’t know what its design number will be but it is going to be a remarkable paddle. It varies from my previous gem in two major ways.
The first key new design feature is that it is a three part paddle. Being three parts will allow it to travel with the folding kayak that my father and I are constructing. When I recently examined another three-part paddle I noted that the overall folded size of the paddle exceeded the size I was looking for. This prevents the paddle traveling in my standard size luggage even diagonally. Ron’s design has resolved this by allowing the blade and loom sections to be joined much closer to the transition of the loom and blade. This results in a considerable shorter folded paddle that now can fit easily in my luggage. The joints themselves are remarkable pieces of engineering. I was lucky enough to have seen two early prototypes of the new joints, and I own one of Novorca’s two part paddles that use the second generation of joints. I can’t discuss the details of the joint as they are covered by an NDA whilst Ron patents their remarkable design. But lets just say they put all others to shame. They create a solid joint without any distortion or ridge between sections, an engineering marvel.
The second design change is at my request. This paddle will be shoulder-less. This summer I have used a wooden paddle that Joe O made for me. I had it made shoulder-less as I had no prior experience of using shoulder-less paddles and was interested to learn how they differed. Having tried shoulder-less I have discovered that it suits my paddling style very well. 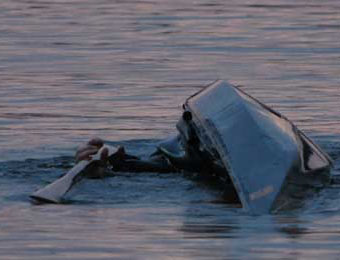 I like to use a small blade. I have always found that I prefer to paddle with a shorter and narrower paddle than the anthropometric method would suggest I should be using. The shoulder-less paddle blade is even smaller as it tapers down to the loom rather than preserving the width up to the shoulder. I tested this size blade while paddling with my father. We were on the North Shore of Lake Superior paddling around a headland, in 5-15mph winds, with a small 12 – 18 inch chop. We both went berserk paddling furiously (for fun) around the headland. I was able to hold my own against his Euro blade paddle. The cadence with which I was paddling was high, but it was sustainable for a reasonable period of time. The small paddle blade propels the kayak forward rapidly when good technique is used.
I like to extend my paddle to turn and brace. I frequently extend the paddle during rolling. At times I paddle with a short sliding stroke. Each of these actions is enhanced by the absence of the paddle’s shoulder. I have read numerous posts where people have stated that shoulder-less paddles make it harder to orientate your hands when doing a forward canted stroke. I have not found this to be the case. The blade has a flattened shape on both power faces. I paddle with two fingers of the lower hand wrapped around the front of the blade, these fingers control the angle of the blade using the flat face. Similarly I try to paddle with an open palm on the top hand. The flat of the blade on the palm provide stability of the angle, again unaffected by the absence of the shoulder.
Clearly if you struggle to put your hands in the correct location on the loom then having a shoulder will allow you to have a positive position guide, and so it is clear to me that people learning the forward stroke may find benefits from paddling with a shoulder. But at this point I am not convinced that they are necessary for me.
People have suggested to me that in rough conditions the absence of shoulders will mean I wont have the paddle in the right position for rolling. I don’t really care how I am holding the paddle I will adjust the roll to suit the conditions and available support from the paddle. Sure, a fully extended blade makes many rolls easier, but a shoulder won’t help me extend the blade, in fact it hinders me sliding my hands along it.
Others have suggested that in rough water paddling my hands may be in the incorrect position for forward strokes and hence be unbalanced, I accept that is a possibility. However I would posit that I would feel the imbalance and can adjust accordingly. There are times that I like to have the paddle slightly off center to compensate for wind effects on the bow. In this situation I have found the should-less paddle is more comfortable.
I am very excited to be able to use this new Novorca paddle and hope to be taking it to the Michigan Qajaq Training Camp next month.

Roll of the week, #13 – Rolling with hands crossed