The Spanish are coming

Some large portion of the world speaks and reads the English language, a larger number speak Spanish (even larger populations speak Hindi and Mandarin). Earlier this year I was approached by Iván Lamas to help translate Rolling with Sticks into his native Spanish language. Iván worked with Justine Curgeven, Turner Wilson and Cheri Perry on their highly acclaimed DVD This is the Roll. He provided the Spanish language sub-titles. Over the past few months Iván has provided me translation of the book’s text and I have subsequently edited the book into a new Spanish Language version. We changed the title of the book to Rolando con groenlandesa, literally Rolling with Greenlandic. The original title, Rolling with Sticks, was a play on two aspects: one the Greenland Paddle is colloquially called a Stick where I live, also my naive style of diagrams that represent the roller are “Stick Figures”, hence the use of Stick in the book’s title. In Spanish the word play on “Stick” no longer worked so we looked instead for a simple title that would reduce confusion and still represented the essence of the book. Last week the master copy of Rolando con groenlandesa was sent to the printers for a print run on waterproof paper. Here is a sample page from the book: 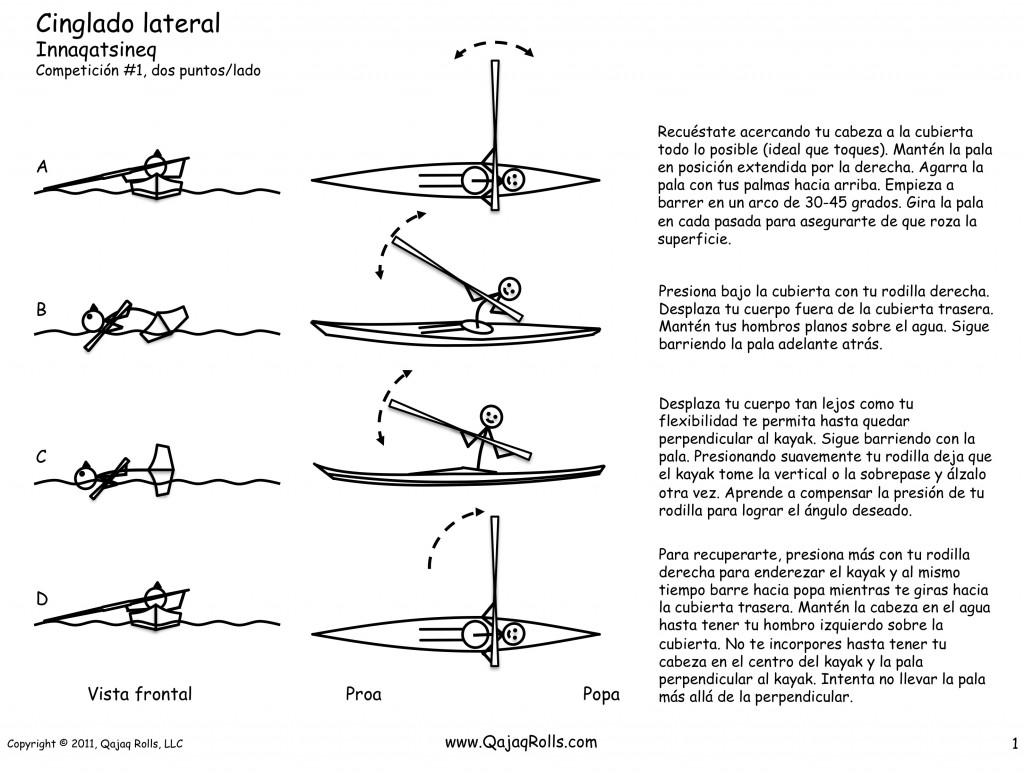 The original idea was to create a sub-titled version of the Rolling with Sticks DVD, and I have now started working on editing the video master to create a sub-titled version. I am planning on releasing the videos roll by roll similar to how I created the original DVD, as well as a digital download of the entire collection of rolls once they are completed. I will be integrating the content into the web-site also, probably recreating a Spanish language version of each roll’s page with Spanish text and sub-titled video. Here is a sample video with sub-titles.

Update: Look what I just picked up from the Printer 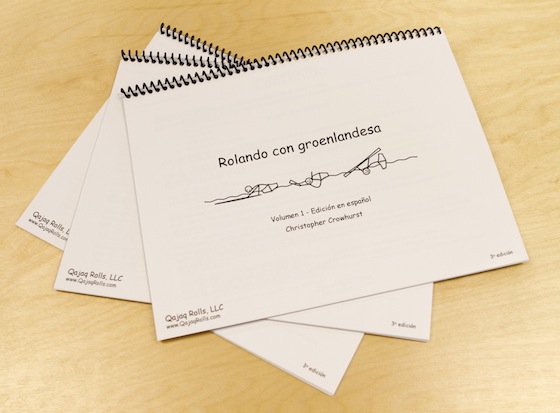