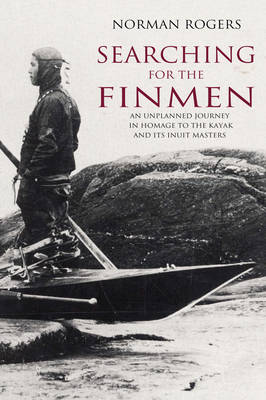 I purchased this book a few months ago when it appeared on the Facebook Greenland paddling scene, provoked by a group of traditional paddlers in the UK getting excited about it. I saved it to read on my family’s annual trip to Disney in the anticipation of an interesting distraction from the crowds and chaos that are Disney.

The book is written eloquently by a British paddler, who discovers that he has had a heart defect since birth. He uses his time during his diagnosis and convalescence to research the historical records of Inuit landings/sightings in the eighteenth century in Scotland.

It felt weird to me how the book shifts from the author’s medical challenges to his research discoveries, I ended up wishing that the two stories had been written separately.

Obviously the research would not have been completed by the author had he not been afflicted with his health issues. However there was a lack of connection between the two stories that created a discombobulated feeling when reading the combination of both. I would have preferred to read about his diagnosis and road to recovery as one story, and then read about his research separately.

Despite this minor criticism I found the book well worth the time and money. The historical background of the Inuit people’s migration, their culture and methods of transport was informative. I was left feeling disgusted to be related to people that would kidnap the Inuit families simply to entertain with their displays of paddling and rolling prowess.

It was fascinating to read how the deep freeze that took place allowed the Atlantic ocean to freeze across large enough areas so as to allow the Inuit to travel across, what would otherwise have been, impossible distances in their qajaqs.

It was more than a little sobering to read how small a shift in global temperatures could result in such substantial changes in the ice formation. It highlighted for me the significance of the current thaw going on in the polar regions; these are not trivial shifts in climate.

If you haven’t read Norma Roger’s book then I recommend you do, it may help fill in some blanks in your understanding of the history of the Inuit paddlers – it did for me.

The rising of the Kraken