Kraken – update from the pool

This Sunday was the second time the Kraken has floated. Sunday was an ISK pool session, I was teaching for the first hour then jumped aboard the Kraken and took her for a spin. The first trip was a very brief foray onto a local lake with very cold water so I did not spend much time learning how the kayak rolled. Prior to this pool session I have made a series of modifications to improve the cockpit.
The first modification was an improved backrest. We constructed a closed cell foam back rest out of two chunks of mini-cell, and then sewed a neoprene tube to slip over it to protect the foam from abrasion. We also adhered neoprene pads onto the floor boards to stop the tendency to slip sideways which I had noticed during the first paddle. 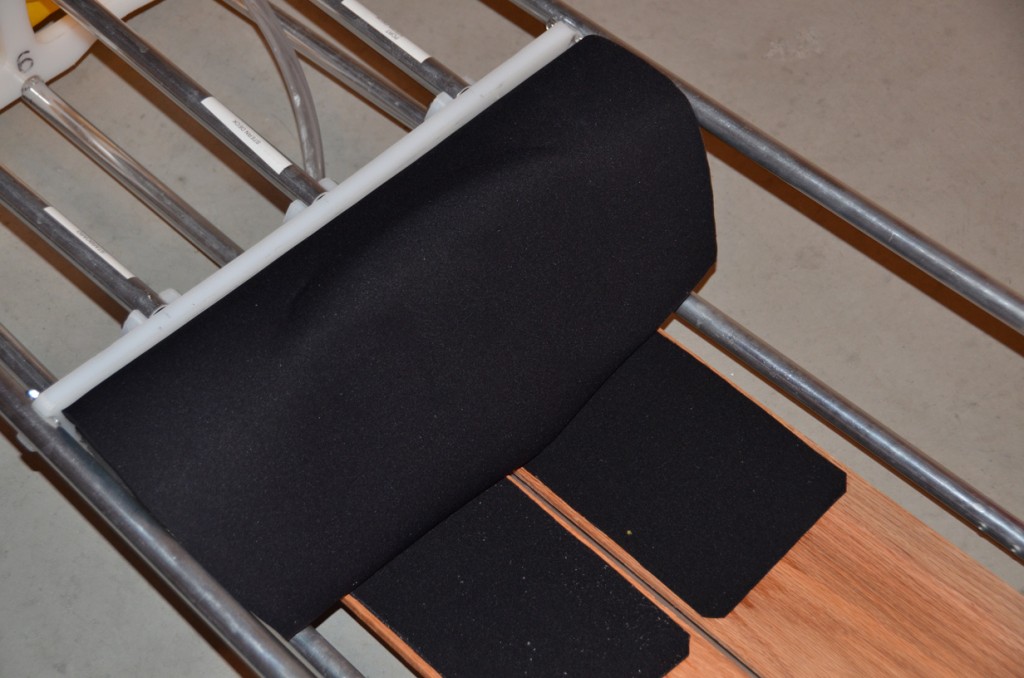 The second modification was to pad thicken and pad the masik. We doubled the thickness of the HDPE frame and taped a hollowed out section of a closed cell foam swimming noodle along the frame where my thighs touched. 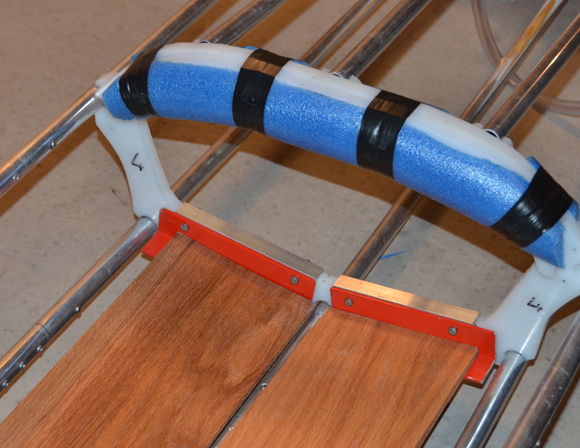 In addition we fitted float bags front and back, squeezed through the frames. 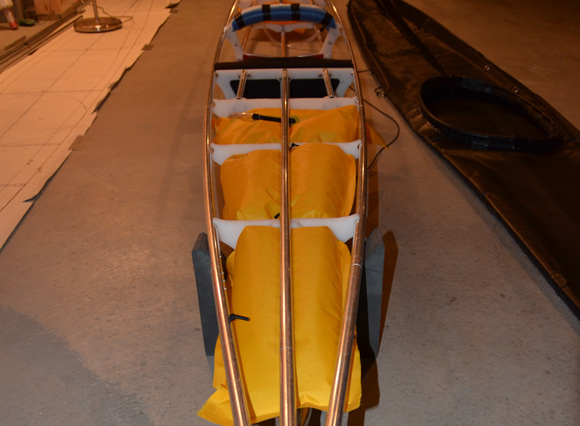 While rolling the hull responded very differently than my Tahe Greenland. First I moved from side to side more as there was nothing laterally to prevent my hips sliding down into the edge of the hull. Second the primary stability was lower, and there was less feeling of completion when the kayak was flat at the end of a roll.

I was able to perform all my current repertoire of rolls including forward finishing hand and norsaq rolls. I do not yet feel as comfortable or as confident as in the Tahe but this is not surprising for such a radically different kayak. During the first 30 minutes of intensive rolling I took on about 3 pints of water, during the second thirty minutes another pint. The water appears to be coming through the foredeck flap which currently has a zipper and a Velcro flap covering it, my next test will be to use two inch wide tape and seal the zip completely and see how much water then comes on-board to see if I have other areas to seal. I am very happy with how this project is turning out, and the ease with which I am able to work with the materials to modify the hull. 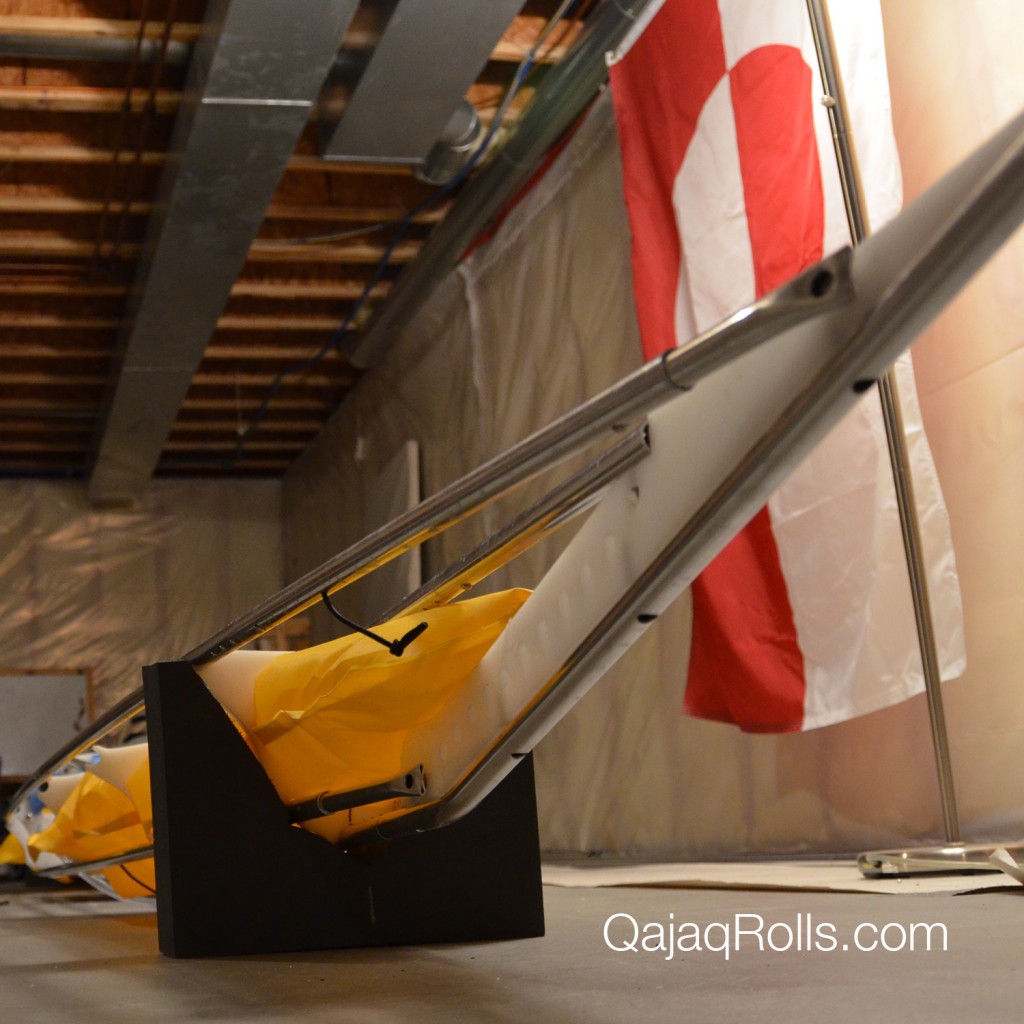 Looking forward to 2013 at Qajaq Rolls.