A couple of days ago I was driving to work feeling very tired, I took a turn off the highway and found my way to a local coffee house. After standing in line behind the other quiet, sleepy clientele I ordered my shot of caffeine and was handed a few dollar bills of change. I don’t know why I did it, but rather than folding the bills in half and sliding them in my wallet as usual, I placed the bills length ways along my wallet and simply closed the wallet. As I held the wallet in my hand I suddenly felt very sad with tears in my eyes. 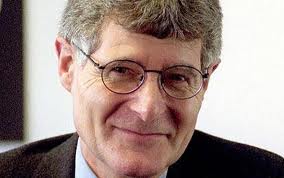 When my father attended university he developed a close friendship with Chris. Chris was in many ways the yang to my father’s ying. Chris was into words, and my father was into numbers. Where they bonded was outdoors, both runners, and both passionate rock climbers.

Their friendship endured well beyond university. I was named after Chris, or “Big Chris” as he became affectionately known by our family to differentiate him from little old me. 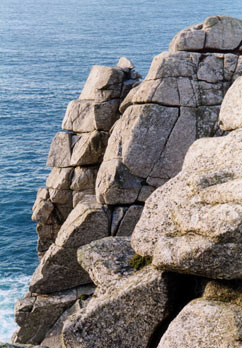 Chris has been a large influence in my life. Along with my parents he introduced me the beauty of Cornwall. The coastal cliffs of Bosigran, the beaches at Treen, the windblown bluffs of Zennor, the ancient farmers’ fields and stone circles, the art galleries of St. Ives, the rain drenched streets of Penzance. He taught me how to love old clothes, especially sweaters with holes in them. He created a passion in me for old stone cottages. He introduced me to the pleasures of reading a good book in front of a roaring fire on a cold, damp Cornish evening. He showed me how much fun it can be to drive all the way to town on the wrong side of the road pretending to be French. He introduced me to the pleasure of drinking too much red wine and soaking it up with Mignons Morceaux. And he helped me realize what a great man my dad is.

Chris always had a wallet that was too large for his jeans pocket. I think it was actually a check book cover that he used as a wallet. He would always lay his pound notes length ways in his wallet, they never seemed to fit, but he didn’t care. I haven’t seen that wallet since I migrated to the US.
I miss Chris.

When you are stuck, stop