Rolling a kayak is almost passé these days in Minnesota. We have more people rolling than I can ever remember. At the end of this past winter’s pool season we lined kayaks up sideways across an entire full size swimming pool and everyone (20+ people) rolled, it was quite a sight to see. Something that is much harder, and rarer, than rolling a kayak, is rolling the kayak well. The power one can develop from a sweeping or pried paddle, Greenland or Euro-bladed, can eliminate any issues caused by all but the most abysmal body mechanics. Perfecting one’s body dynamics during the standard Greenland roll is one key to truly understand how to roll your kayak in the way of the Inuit, and release you from the dependency on the paddle’s power. 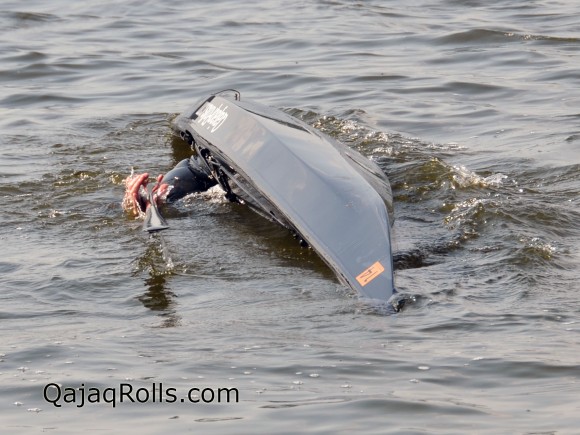 I have written many articles on learning the standard Greenland roll, and despite all the written words and videos produced by me and the many other learned authors and videographers, people still come to my rolling sessions with a misunderstanding of how a kayak should be made to roll. I don’t blame them though, for many years sea kayak rolling was taught by people following ACA and BCU curriculum that focused on the C2C roll. The C2C roll is a fundamentally different technique, it is not a Greenland style roll. This Spring I had the pleasure of watching an on water rolling demonstration by Ben Lawry and Keith Wikle, both highly skilled paddlers and rollers. For background, in case you don’t know them, Keith, usually found surfing the waves of the Great Lakes, is a highly proficient Greenland roller as well as an excellent C2C roller and other non-Greenland style rolls, Ben is an exceptional kayak instructor, certified at the highest levels by the ACA and the BCU. During their demonstration of the C2C roll a light bulb went off inside my head. The torso position and motion used during these two types of rolls, the C2C and Greenland style rolling, are so fundamentally different they are a significant source of confusion for people learning to roll.

Take a look at this video to see a few examples of C2C rolls:

Then compare it to my standard Greenland roll video:

Standard Greenland rolls should be executed using horizontal shoulders during the “floating” phase of the rolls. The kayak’s righting is initiated using an arched spine perpendicular to the keelson, the spine motion goes from arching forward (chin tucked to chest) to back (chin high). During a C2C the shoulders are vertical during the “floating” phase of the roll, and the spine moves through the two C curves from one side to the other, left to right, not front to back.
Failing to appreciate the difference between these two styles of rolling can make early research by a learner very confusing. Whilst one can argue the rolls use the same fundamental concepts of torso and paddle motion to provoke the opposite reaction from the kayak, the manner in which the body moves to achieve the same outcome is fundamentally different. A simple web search will yield sufficient evidence that the kayak world predominantly teaches C2C as the “Eskimo Roll” (BTW – the term “Eskimo” has derogatory connotations when applied to the Greenland Inuit and should be avoided if possible). So why should we expect new rollers/learners to understand the “nuance” of shoulder angle and spine curve? We should not. We should instead spend time educating them on the appropriate angles and curves for the rolls they are trying to learn. We should also be clear to them what we are teaching, the type of roll, so that we can help eliminate the confusion that can result from miss-guided web research.
So back to my original treatise, learning the correct body mechanics for the Standard Greenland roll. In Rolling with Sticks my guidebook to Greenland rolling I wrote:

“Allow the kayak to fully rotate until the paddle breaks the surface. Rotate your shoulders slightly so your chest is almost parallel to the boat. Now slowly lean back, arching your back. Push your head away from the air. It won’t feel natural and you will want instinctively to do the opposite. This will start to bring the kayak flat.”

In this single paragraph I glossed over what are perhaps the most important aspects of the body mechanics of the roll. So I am going break down this phase into far greater detail.

Step 1: Surface.
When I demonstrate my standard Greenland roll new rollers invariably comment on how I come up to the surface before I do any “rolling”. Consider this the wind up phase. By tucking tight to the kayak gunwale with my chin to my chest and getting my head to the surface I am creating a curve forward in my spine. This is the cat position in yoga, just done upside down and under water….

Step 2: Square up
At this time I attempt to square my shoulders so they become parallel to the keelson. By rotating my shoulders I am getting myself ready to maximize the effect of moving my torso away from the kayak. Aligning my spine perpendicular to the kayak allows me to create the maximum distance between the center of my body’s buoyancy and surface area and the center of rotation of the kayak during the next phase. 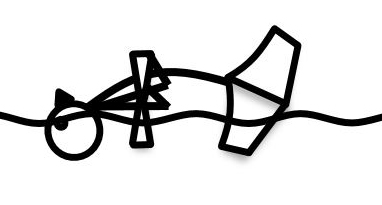 Step 3: Lean back
Now I move away from the kayak, raising my chin, pushing my head back and lifting my chest high. Arching my back away from the kayak. By keeping pressure on the kayak deck or masik with my onside thigh and knee, the kayak follows my spine and starts to rotate as my spine unwinds from the cat and curves into the cow yoga position. At this point I should be perpendicular to the kayak stretched as far away as I can with my head pushed backwards and probably well underwater. My chest will probably be floating slightly out of the water. If I could breathe underwater I can hang out in this position as it is very similar to the balance or static brace position.
Notice how in none of these steps I mention the paddle. Sure it will be in my hands, floating on the surface, doing absolutely nothing. And the kayak should now be about 60 – 70% recovered and nearly upright. All that remains is to sweep my body onto the back deck, bringing the paddle with me on my chest.
So that’s simple right? Surface, Square up, Lean back. Unfortunately nothing about this roll is simple. First to perform it well requires considerable flexibility of the spine. Substantial torsional rotation, as well as arch, both forward and backwards, needs to take place. If one wants to roll well then understanding the expectations of your spine should give you motivation to work on flexibility and stretching exercises to allow your body to move through those positions. Without the necessary flexibility you will instead need to rely on the paddle’s power, and that, in essence, is what this roll is not about. Learning the standard Greenland roll well will enable you to apply those hard won muscle memories to advance rolls like the norsaq and hand roll and even beyond into the elbow and straight jacket. Enjoy the journey and keep working on your flexibility, it is worth rolling well.

Greenland Rolling in the UK