Maiden voyage of the Qajapak

Truth be told it was a while ago that she took to the waters of Prior Lake. The launch is a moment of truth for the builder. A time filled with apprehension, relief and excitement. Perhaps it was a desire to covert these feelings that delayed me sharing the experience.

November in Minnesota is a lovely time to paddle. The power boaters have trailed their craft home. The docks are being pulled out of the lakes. Temperatures hover around freezing. The weed dies improving water clarity, and the golden leaves fall down from the surrounding trees. A few hardy fishermen and the migrating coots are all that remain on the grey glassy waters. 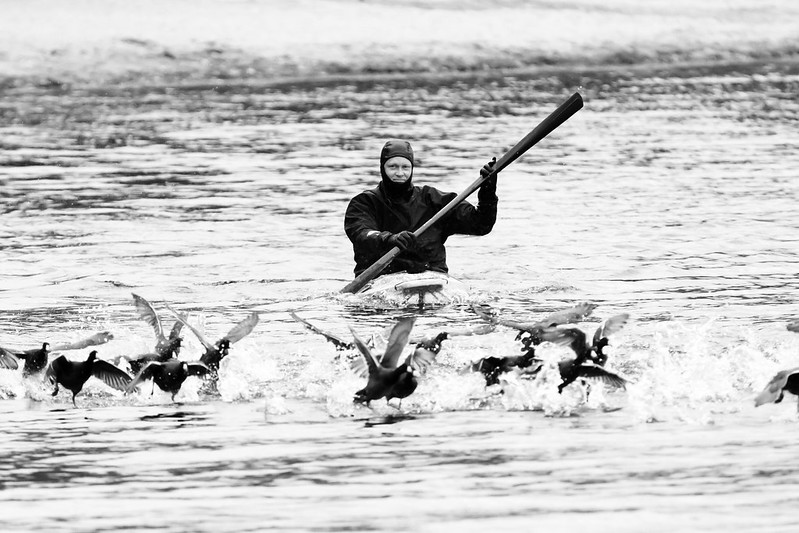 Last year I launched the Kraken in November. The Kraken is a long skinny black folding Greenland style kayak. It would be hard to imagine two kayaks further apart than the Kraken and the Qajapak. One long and thin, the other short and fat. One black one white. One Aluminum the other wood. One design from Greenland the other Alaska.Yet my hands made them both. Building and paddling your own kayak brings a greater intimacy between you and the kayak that needs to be experienced to be understood. 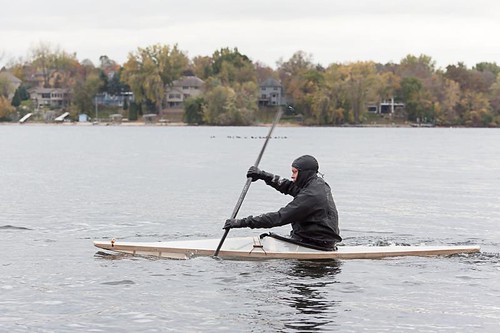 Qajapak floated true to the designed waterline. Her stern deck parallel to the water’s surface, with an inch of freeboard. The bow curving upwards and riding up over the waves. I had calculated the depth needed to support my weight by approximating her hull shape using two cones and a cylinder, this was close enough.

Strong primary stability was assured by the flat bottom. Excellent turning was assisted by the six inches of rocker spread over her short ten foot length. She rolled confidently. The rounded deck exhibiting none of the sticky characteristics of some skin on frame Qajaqs that like to remain glued upside down by their flat decks. Forward and layback rolls were smooth and effortless. She performed exactly as expected and desired.

Moving my weight fore and aft allowed me to radically change the trim. When finishing a layback roll the stern deck was awash, but still provided sufficient support from the hulls buoyancy to prevent an endo. 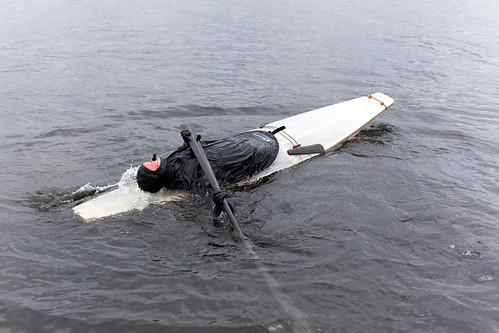 A very successful outcome for my first traditionally built skin-on-frame qajaq. What’s next? A stitch and glue rolling kayak to replace my aging Tahe Greenland, after all, I need something to keep me off the streets and out of mischief.

Getting your first roll.