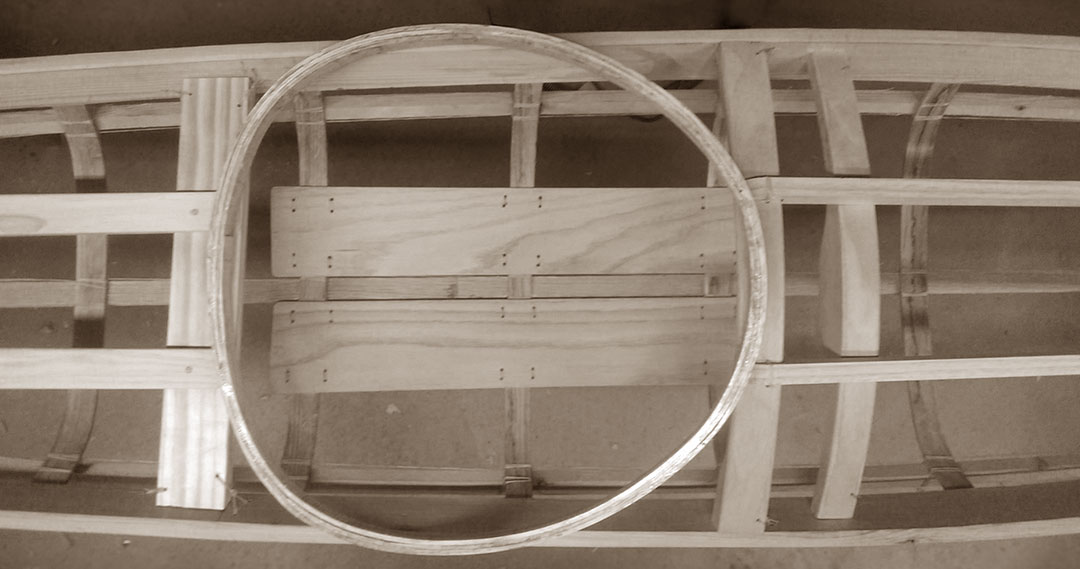 As a card carrying member of the traditional paddling community it seemed that it was about time I took an important step and construct my own skin-on-frame qajaq. During the past few years I have built five kayaks. Two were skin-on-frame designs. The first was a vinyl over aluminum tube Tom Yost design folding sea kayak. The other was a Robert Morris designed Aleutian inspired Recovery Kayak. Neither was a qajaq, a term the Inuit reserve for traditionally constructed skin-on-frame kayaks that follow the classic hard chine designs from Greenland. The last three kayaks I have built have been a part of the Shrike project, an open source initiative to introduce a Greenland style stitch and glue kayak developed to allow low cost easy construction of a beautiful kayak by the average person.

The Shrike was inspired by a West Greenland Disko Bay kayak now sitting in a Canadian Museum. It seemed only appropriate to reverse engineer a qajaq back out of the Shrike design to complete the circle; A qajaq inspired the Shrike design which in turn inspires a qajaq design. I chose to replicate the Shrike-R rolling hybrid design so that I could use a Qajaq for rolling demonstrations and show the advantages that the construction method brings to the paddler. I decided to call this qajaq the Shrike-Skin.

I chose to build the qajaq predominantly by instinct rather than measurements. I set the length, width, depth, sheer and dead rise based upon the Shrike-R, I copied the cockpit shape too. The rest of the qajaq evolved as the wood bent. The frame is now complete and all that remains is to sew the skin.

If you look closely at the photograph above you will see there are two deck beams in front of the cockpit, but only one is the masik. The masik is the beam that the cockpit rim rests on. The forward shaped deck beam is the Ajaaq Seeqqortarfik which is the Knee support deck beam. In many kayaks these beams are combined into one which is why most people simply call any beam in these locations a masik. Technically the masik is not the knee brace beam that we use when we roll. The reason I built the qajaq this way is because the front of the cockpit is not where my knee brace is needed. I could have lengthened the cockpit and just made a single beam in the location of the forward beam but I wanted a small traditional ocean cockpit so opted instead for the traditional approach of double deck beams. In this configuration the masik is a thin lighter beam and the Seeqqortarfik is the beefier beam, shaped to take the load of my leg drive during rolls. As with all kayak builds I have learned a lot. Perhaps the greatest learning is the pleasure that comes from building such a beautiful craft. 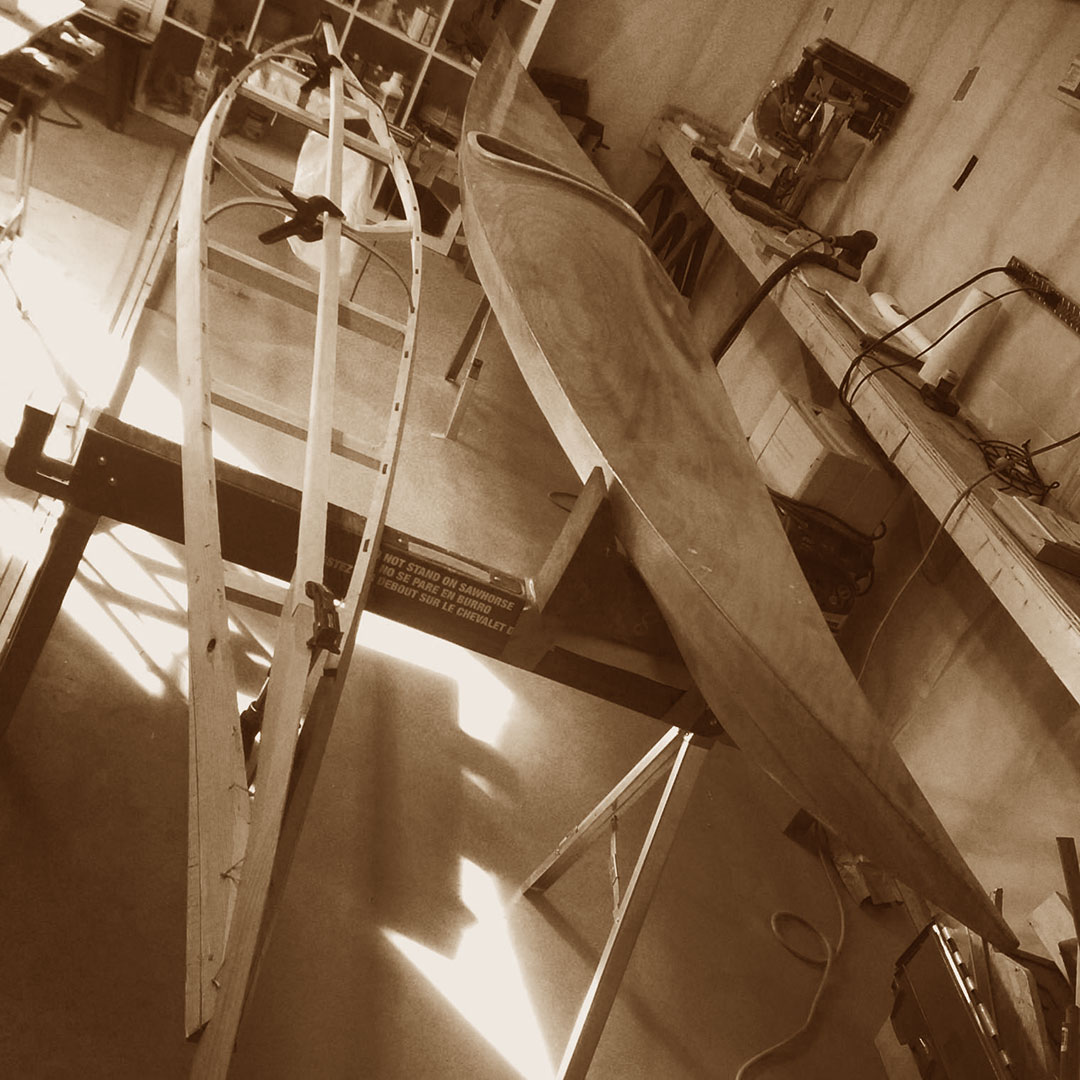 The Shrike-Skin frame being built alongside a Shrike-R for reference.