What is Greenland kayak rolling?

Greenland kayak rolling is like writing, many people do it, each for their own reason and purpose. Each person seeks to achieve a different outcome. There is a deeply personal connection, a relationship, between the paddler and their kayak, just as between the writer and their keyboard or pen.

When a child runs down the street, sneakers ablaze, do they think about the years of craftsmanship, technology and design that enabled their shoes to effortlessly support them and transmit the thrust of their quads through the ground to propel them forward? Do they follow the arc of their heel and imagine the art created by the spiraling pattern in the air? Do they feel the exhilaration of endorphins releasing as they push themselves to achieve? Do they rejoice in the victory of trouncing their mate?

Even the most elementary activity we partake in can we viewed from so many perspectives that its true purpose and meaning cannot be appreciated without examining the individual and their relationship to the activity.

There have been times when I have found myself angered (a strong word that I use sparingly) by the way in which others have used or characterized Greenland rolling. It has taken much introspection and thought to appreciate that each is, in their own way, finding their own meaning, purpose and relationship with rolling, and that their’s is no less appropriate than mine. All purposes can coexist, at time complementing each other, as long as we respect each other’s purpose and needs.

Rolling as a technique

Rolling’s origin in the cold waters of Greenland has been well documented as far back as the 1500’s, and presumably predated that by many centuries. The survival needs of the subsistence culture of the Inuit hunters drove the discovery of what might be considered today the most powerful tool in a kayaker’s repertoire of self-recoveries. A survey was taken in 1911 that showed that about 40% of Inuit hunters were able to roll their kayak. Story telling is a great Greenland oral tradition; many stories contain tales of hunters that never returned from the sea.

I suspect today that there is a considerably smaller percentage of paddlers who can reliably roll their kayak. The predominant paddling population is now of the recreational paddling ilk, Sea kayakers and whitewater kayakers are in the minority. It is in these communities that we find most of the rolling capable paddlers. Rolling is arguably an essential technique for white water paddling, especially at the higher levels of the sport. In sea kayaking rolling is considered less essential, more desirable, as it facilitates possibly the fastest recovery with the expenditure of the least amount of energy. Rolling is perceived to be hard, and so many other techniques with additional equipment have been created and are taught ahead of it by most modern paddling organizations. Paddle float recoveries for example are taught far earlier than a roll. In my opinion this is backwards. I have heard all the arguments about body types, strength etc., but would argue that most of the alternative self-rescue techniques have many of the same challenges and are frankly less reliable and not practiced sufficiently. People who roll generally practice a lot and remain proficient, they find ways to adapt rolling techniques to suit their stature and strengths.

The lower perceived necessity of a competent roll is reflected by the ACA (American Canoe Association) only considering a roll required teaching for their fourth level Instructors (proficiency is required to be demonstrated by an L3 instructor but not taught), the BCU (British Canoe Union) requires the candidate to demonstrate a reliable roll for their three-star award.
If you want to learn to roll, here is my general teaching video available for free, there are many more great and better ones available:

Rolling as a sport

When traditional paddling and hunting skills were dying out in Greenland the local paddling community banded together and created qajaq (kayak) clubs based in the population centers to focus on the preservation of the skills and to ensure the qajaq culture was preserved. They created an annual championship where each town’s club would travel to one designated club and compete, paddling, harpoon throwing, rolling and rope gymnastics all formed a part of the competition and had equal weight. The competition was and is very much a team based event where the clubs compete collectively as a community, and whilst there are individual awards the club spirit and collaboration feature prominently in the event.

Many foreign paddlers have attended the Greenland kayaking championships since their inception. Competitive rolling, working through the published list of competition rolls is considered by some a badge of honor, and going to Greenland to compete is the pinnacle of that passion.

Rolling is appealing and rewarding as a competitive sport. The success of a roll is self-evident, the relative difficulty escalates down the list providing challenges for many people at all levels of training. Providing aspiration and challenge.

Competition has helped ensure that the traditional paddling skills stay alive, and have resulted in many rolling developments like the forward finishing brick roll or straight jacket rolls which evolved from highly skilled competitors inventing new challenges.

This video shows some competition at the 2016 Greenland championships:

Rolling as craft and art

There is a blurry line separating the acts of craftspeople and artisans. The definition I like is that craftspeople create repeatable patterns and artisans create new patterns. Rolling unquestionably can be considered a craft. The act of crafting, perfecting, that smooth elegant splash free yet powerful motion that ends up with the paddler sitting back where they began, upright. The art sneaks in when one starts experimenting with stringing together sequences of rolls or orchestrating rolling as a performance art for others to view.

One inspirational video for me has always been Alison Sigethy performing, unquestionably art in my mind:

I have set some video to music, but the rolling was always working on my craft, not thinking of the art it might create. I certainly don’t consider myself an artist (yet) and I am not sure if I aspire to be one.

Beyond the obvious practicality of learning to be a safer paddler, by being able to competently and reliably self-rescue myself, rolling has become a very large force within my life.

Rolling is one of many ways I pay homage to the thousands of years of development that went into the creation of the Greenland qajaq, the tools, the paddles and the techniques. I am a craftsman not a sportsman. The craft of Greenland kayak rolling has provided me a purpose, a focus to channel my passion and enthusiasm. It has allowed me to establish a better relationship with myself, to gain insight into my own limitations, it is my therapy. It has provided a means to express myself. Rolling lights a fire within me.

Whatever your personal reason for rolling is I hope it lights a fire within you too. 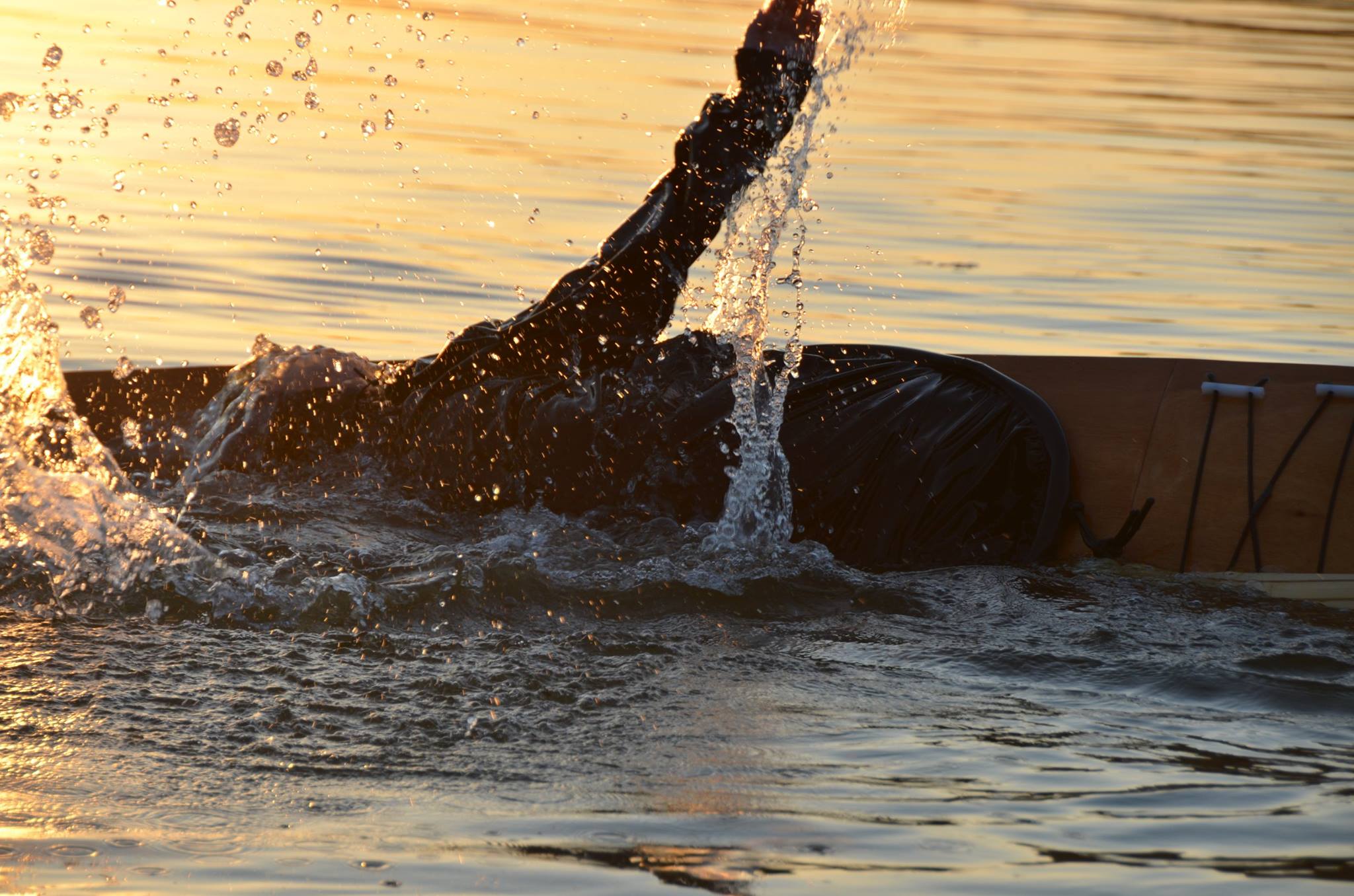 Comment below what your personal reason is, I would love to hear how it lights your fire: